Abstract: In the light of the recent approval of the Revised Global Fund’s Eligibility Policy at the 39th Meeting of the Global Fund Board this article provides an overview of the Romanian “eligibility story” and continuous attempts of Romanian NGOs to break the political barriers within the Global Fund and prove their eligibility to receive an allocation for HIV component to be able to ensure the access of key affected populations in country to the needed HIV prevention services.

Doing much for HIV treatment but not for prevention

The HIV story in Romania has been marked by several dramatic episodes. The first was in late 1980s, when thousands of children got infected with HIV through dramatic nosocomial HIV epidemic, predominantly among orphans and hospitalized children.[1] Then the voices of parents and many supporters led to the introduction of the country’s large treatment programs – early on with donor support – to provide HIV treatment to all in need. Today, the country spends 70 million euros for HIV treatment[2], care and support reaching universal access and covering 12,247 people with HIV out of 15,212 as on 2017 which is a great achievement.

But when it comes to prevention – “the Romanian authorities practically invest no money in HIV prevention”, says Nicoleta Dascalu, project manager from the Romanian Association Against AIDS. That is why becoming ineligible for Global Fund’s support of HIV became another dramatic episode in Romanian HIV history.

Consequence of improperly planned transition from donors’ support in Romania

At the beginning of 2010, the country, a fresh member of the European Union, was praised for reaching out to people who inject drugs and even starting a pilot of opioid substitution therapy and needle exchange in prisons. This work was supported by the Global Fund as well as by the Dutch government through UNODC. However, both funding streams stopped in 2010-2011 and the government did not take over funding for NGOs. At the same time, the drug scene also changed with emerge of new psychoactive substances that were legal but could result in up to 10 times injections a day. While the legislative and policy environment in Romania did provide for harm reduction and other services targeted to key populations to be maintained, the Government had shown little commitment to fund such interventions, especially needle and syringe programs. “Most NGOs that had implemented harm reduction services just closed them down, because of lack of funding. The only services that continued were funded, by sheer luck, with money from European Union structural funds projects, dedicated to social and professional reintegration of drug users”, remembers Nicoleta Dascalu.

HIV prevalence among people who inject drugs started growing rapidly: from 3.3% in 2009 to 27.5% in 2013.[3] It was noted in a January 2016 article in the International Journal of Drug Policy that “a specific HIV outbreak among drug users (around 2011) has been directly linked to the significant decline in harm reduction services following the Global Fund transition out of the country[4]“.

Another part of the Romanian HIV story is that HIV prevalence among men who have sex with men also became high. In the EU funded study SIALON II[5], Bucharest recorded the highest HIV prevalence among the 13 cities in study – 18%. Nevertheless, as the country’s official report on the progress of implementation of UN Political commitments on HIV[6] acknowledges, there were no real programs remaining among MSM as on 2016.

Since 2007, there has been a requirement in the Global Fund’s Eligibility Policy that in order for UMICs to be eligible for HIV funding, they must have at least high HIV disease burden and also be on the Organisation for Economic Co-operation and Development’s (OECD) Development Assistance Committee (DAC) List of Official Development Assistance (ODA) recipients. The list includes all low, lower middle and upper-middle income countries based on GNI per capita as published by the World Bank, with the exception of those being G8 members, European Union (EU) members, and countries with a firm date for entry into the EU making them ineligible to receive ODA. This requirement is the only reason why Romania lost its eligibility to receive funding for HIV response from the Global Fund and never became eligible again since 2010 when its last Global Fund HIV grant came to an end. At the same time for some reasons this requirement is not applicable for TB and Malaria components thus Romania is eligible to receive the Global Fund funding for TB response and currently is implementing Global Fund’s TB grant. For the 2017-2019 allocation period, Romania was one of only two countries in the entire world (the second one is Bulgaria) being not eligible because of this requirement as they joined the EU in 2007.

Theoretically Romania could become eligible if it met the requirements of so called “NGO rule” – another provision of the Global Fund’s Eligibility Policy which allows for potential eligibility for UMICs that meet the disease burden thresholds for HIV but are not on the OECD DAC List of ODA Recipients. Eligibility under this rule till recently was linked to the existence in country of “political barriers” which preclude the provision of evidence-informed interventions for key populations. Funding provided under this rule must be channeled through civil society and cannot directly fund governments.

In practice the “NGO rule” to date has allowed only one country to be funded – the Russian Federation – in the 2014-2016 allocation period. Romania could have been eligible for the 2014-2016 and 2017-2019 allocation periods, but according to the Global Fund “was not deemed to have substantive political barriers that would preclude providing services to key populations”.

Attempts to influence the situation

Another attempt was made in 2016 – a Joint statement of Romanian civil society organizations[8] was sent to the Global Fund’s Executive Director and Fund’s Board in advance to its Thirty Sixth Meeting urging the Board to prevent zero allocation for the HIV component for Romania for the next three years. But their voice has not being heard and Romania was allocated zero funding for the 2017-2019 period.

The last attempt was done in May 2018 when more than 40 international, regional and national organizations addressed[9] the members of the Global Fund Board on the eligibility related issues in advance to its Thirty Ninth Meeting. In their statement, among other issues, civil society organizations called the Global Fund Board not to restrict access to funding for HIV for countries not on the OECD DAC List of ODA specifically appealing to the case of Romania. In the opinion of the subscribers of the statement, “by continuously preserving this requirement the Global Fund itself creates a political barrier that precludes the provision of evidence-informed interventions for key populations in these countries”.

Also, in the same statement the organizations called for the revision of the language of the “NGO Rule” on “political barriers” as this terminology has no clear definition, is inconsistent with international law and could be interpreted against the interests of key affected populations in countries.

One of the result of this Global Fund’s Thirty Ninth Meeting was approval of the Revised Eligibility Policy. In the revised version of the document the OECD DAC ODA Requirement unfortunately was left as it was before but the term “political barriers” in the provision on the exception to the OECD DAC ODA Requirement for HIV/AIDS was replaced with just “barriers” with a note that eligibility for funding under this provision will be assessed by the Secretariat as part of the decision-making process for allocations. It further clarifies that as part of its assessment, the Secretariat will look specifically whether there are laws or policies which influence practices and seriously limit and/or restrict the provision of evidence-informed interventions for key populations.

It is not clear yet if this replacement of the term “political barriers” with just “barriers” will somehow influence the chances of Romania to receive an allocation for its HIV component within the next allocation period but probably not much. As before it will be the Global Fund Secretariat to decide if there are demonstrated barriers in country to providing funding for interventions for key populations, as supported by the country’s epidemiology. And it is clear from the clarification note that as before when considering the eligibility under this provision the Global Fund Secretariat will probably look not if representatives of key affected populations actually have access to the required for them HIV prevention services of a certain quality and at a needed scale but will still consider the existence of the laws and policies which restricts provision of such services by the government.

The only chance to Romanian HIV component to become ever eligible again – is the elimination of the OECD DAC ODA Requirement for HIV/AIDS in the Eligibility Policy. “By keeping the OECD DAC ODA Requirement for HIV/AIDS components the Global Fund continues to restrict access of Romanian NGOs to vitaly needed funding which could allow to ensure an appropriate HIV response among key affected populations“, – says Dragos Rosca, the Executive Director of the Romanian Harm Reduction Network.

At the same time in the opinion of Nicoleta Dascalu from the Romanian Association Against AIDS “it is not the Global Fund responsibility to support AIDS prevention services in Romania, and, if Romania becomes eligible again, the new project should include a strong advocacy component, that should pressure national responsible institutions and make them fund prevention.”

[2] the HIV treatment/patient/year in Romania is around 6,000 euro (https://ecdc.europa.eu/sites/portal/files/documents/HIV%20treatment%20and%20care.pdf p. 6)

[7] The Impact of Transition from Global Fund support to Governmental Funding on the Sustainability of Harm Reduction Programs. A Case Study from Romania. Eurasian Harm Reduction Network. 2016.

[9] Joint Statement of Civil Society Organizations in advance of the Thirty-Ninth Meeting of the Global Fund Board http://eecaplatform.org/en/joint-statement-of-civil-society-the-global-fund-board/

This text is the author’s version of the article published at www.aidspan.org 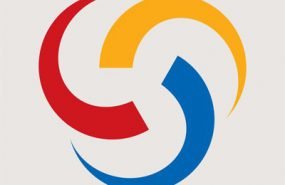 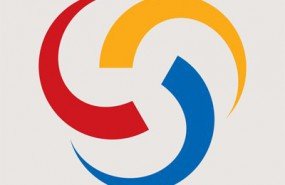 Letter to Global Fund on the emergency with sustainability of harm reduction in Albania, Bosnia and Herzegovina, Bulgaria and Romania

In advance of the upcoming 42nd meeting of the Board of the Global Fund to Fight AIDS, Tuberculosis and Malaria (the Global Fund) as well as the Global Fund Regional Meeting for Eastern Europe and Central Asia to take place in Istanbul on 26-27 November, 2019, forty two (42) civil society and community organisations and networks […] Read more 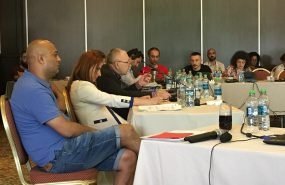