The Coordination Committee for the prevention and control of HIV/AIDS in Russian Federation, responsible for ovrsight and coordination of the implementation of the Global Fund grants in Russia, called on the Global Fund to allocate funding to support civil society organizations in their fight against HIV epidemic in Russia for the next three years, and appealed to UNAIDS and WHO for support throughout the decision making process on this matter.

According to the 2019 Global Fund Eligibility List, the Russian Federation has met the requirement of two consecutive years of eligibility based on income classification and disease burden and is now eligible to receive an allocation of funding to support the HIV/AIDS response for the next 3 years. Since the Russian Federation is not on the OECD-DAC List of ODA recipients, according to the Global Fund’s Eligibility Policy, the Russian Federation may only be eligible for an allocation to support the HIV response efforts by non-governmental or civil society organizations and only if the country demonstrates barriers to providing funding for interventions for key populations, as supported by the country’s epidemiology.

According to the Global Fund’s Eligibility Policy, “the eligibility for funding under this provision will be assessed by the Secretariat as part of the decision-making process for allocations. As part of its assessment, the Secretariat, in consultation with UN and other partners as appropriate, will look at the overall human rights environment of the context with respect to key populations, and specifically whether there are laws or policies which influence practices and seriously limit and/or restrict the provision of evidence-informed interventions for such populations.”

It is a well-known fact that Eastern Europe and Central Asia (EECA) is the only region in the world where the HIV epidemic continues to grow , and Russia has been considered as the “driving force” of this regional growth. According to the UNAIDS 2018 Global AIDS Update, “the HIV epidemic in Eastern Europe and Central Asia has grown by 30% since 2010, reflecting insufficient political commitment and domestic investment in national AIDS responses across much of the region. Regional trends depend a great deal on progress in the Russian Federation, which is home to 70% of people living with HIV in the region. Outside of the Russian Federation, the rate of new HIV infections is stable. Insufficient access to sterile injecting equipment and the unavailability of opioid substitution therapy are stymieing efforts in the Russian Federation to prevent HIV infections among people who inject drugs” .

Also, it is no secret that the Russian government openly emphasizes its opposition to effective evidence-based approaches to HIV prevention among key affected populations (KAPs). This essentially replaces public health approaches with repression and criminalization, creating an atmosphere of intolerance and discrimination against KAPs, such as people who use drugs, sex workers, men who have sex with men, migrants, and p. Serious human rights violations and the lack of access for people from key affected populations to HIV prevention, treatment, and care in Russia has been well documented and noted by numerous UN Human Rights Treaty Bodies.  At the same time, people living with HIV (PLH) in Russia still experience high levels of stigma and discrimination and their access to critical services and treatment is also limited. 1 326 239 HIV cases have been registered as of the 31st December 2018 (Federal AIDS Center) in the Russian Federation and the coverage of HIV treatment for PLH was about 42% in 2018.

“Given these facts about Russia as well as its geopolitical position, the migration flows in the region etc., it should be clear that when planning a response to the HIV epidemic in EECA, the HIV situation in Russia must not be overlooked. Failure to support the HIV response in Russia could jeopardize all efforts by donors and governments in neighboring countries to counteract the HIV epidemic regionally”, – says Aidana Fedosik, the Chairman of the Coordination Committee for the prevention and control of HIV/AIDS in Russia. “One of the Global Fund’s major goals is to push for an end to the global HIV epidemic, and if it wants to achieve this goal in EECA, it must not neglect the HIV situation in Russia by not investing in it”!

In the light of this situation with HIV in Russia and in advance to the Global Fund‘s decision on the country allocations for the next three-year funding period, between June and September 2019 the Coordination Committee prepared and sent a number of letters to the Global Fund Board, members of the Board‘s Strategic Committee, as well as to UNAIDS and WHO, as one of the key partners of the Global Fund in the fight against the spread of HIV in the world, and the members of the Global Fund Board. In its appeals, on behalf of civil society organizations involved in the HIV response in the Russian Federation, the Coordination Committee requested recipients to support the efforts of NGOs and communities in Russia to ensure the country will receive an allocation for the next 3 years to strengthen the efforts of civil society sector to prevent the HIV epidemic among key affected populations in the country. 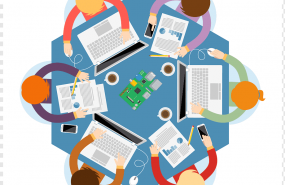 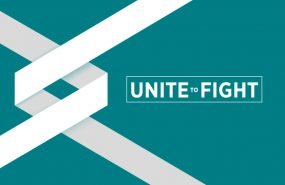 The COVID-19 Response Mechanism (C19RM), approved in April 2020, authorizes US$500 million in funding in addition to grant flexibilities. C19RM can be used across the three diseases and the health system, even if a country only has a single Global Fund grant for one component. The CCM will assess the most urgent needs and direct […] Read more 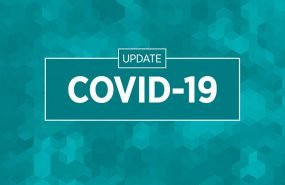 Grant flexibilities, announced on 4 March 2020, allow countries with current grants to: 1) use up to 5% of their current grant value if there are savings, and/or 2) reprogram up to 5% of the value of a grant to meet immediate COVID-19 response requirements. Repurposing equipment already purchased through a Global Fund grant is […] Read more