UNAIDS has issued a new report "GET ON THE FAST-TRACK — THE LIFE-CYCLE APPROACH TO HIV". In this report, UNAIDS is announcing that 18.2 million people now have access to HIV treatment and thus demonstrates that the Fast-track response is indeed working. This 136-pages document is divided into sections based on the various stages of a person’s life (children, young people, key populations throughout the life cycle, adulthood and ageing (50+)) and provides key data on progress and gaps, country status, key challenges, the possible comprehensive approaches and opportunities and ways for closing the gaps for each period/group of people.

The life-cycle approach to HIV ensures that we need the best solutions for people throughout their lifetime. No one should be le behind through the life-cycle approach. Key populations, such as sex workers, people who inject drugs and men who have sex with men, prisoners and migrants, need access to the HIV treatment and prevention options that best meet their needs.

The insights revealed by the life-cycle approach must be leveraged to address one of the greatest challenges facing the global AIDS response: stalled progress on HIV prevention among adults. New infections among young women aged 15–24 years have declined by only 6% between 2010 and 2015, while the rate of new HIV infections among 25–49- year-old men and women is essentially flat. Meanwhile, new infections appear to be rising among people who inject drugs and men who have sex with men.

Measures to close this gap are readily available. A combination of HIV risk awareness, economic empowerment and oral pre-exposure prophylaxis (PrEP) together with social protection measures, assisted partner notification and self-test kits have all proven to be effective. Cities and countries that have put in place truly comprehensive HIV programmes tailored to the needs of key populations have successfully reduced new HIV infections among sex workers, people who inject drugs and men who have sex with men. These evidence-informed, high-impact approaches must be consistently applied across the life cycle, using a location–population approach that prioritizes the geographical areas and populations in greatest need.

At the same time, UNAIDS Executive Director Michel Sidibé stresses that resources will continue to be scarce and the need to show a return on investment will be stronger than ever before. And with no reduction in the global number of new HIV infections among adults in the past five years, and rising numbers of new infections in some regions of the world (incl. EECA), we need to realize that if there is a resurgence in new HIV infections now, the epidemic will become impossible to control.

On this World AIDS Day, he calls on world leaders, partners, activists, communities and people living with HIV to get on the Fast-Track to end this epidemic.

The report features the following data on the EECA region:

The data for children of 14 and under and pregnant women was unavailable for our region at the time of publication.

As you can see from the graph presented below these numbers dramatically increasing for our region over the last 5 years. On page AIDS by the numbers on pp. 104-131 you can see this data presented visually in comparison with data from other regions.

In this report UNAIDS also introduces the aidsinfo.unaids.org website, where you can get additional and more detailed data, including:

You can read the full version of the report in English here. 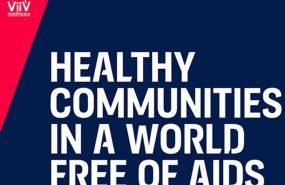 Positive Action Challenges seek to find innovative solutions to a particular issue or challenge. The ViiV Healthcare Positive Action HIV Challenge has been announced, in partnership with IAS and INPUD. The call for proposals will open on 16 March 2020 at 00h01 GMT and close on 17 April at 23h59 BST. Post Views: 34 Read more 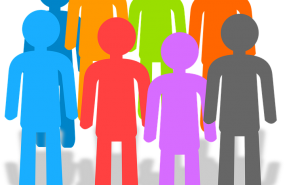 Technical brief on HIV and key populations “Programming at scale with sex workers, men who have sex with men, transgender people, people who inject drugs, and people in prison and other closed settings”

The purpose of this technical brief is to provide information for countries preparing funding requests for comprehensive programs that address the cascade of HIV prevention, diagnosis, treatment, and care for the following key populations: • male, female, and transgender sex workers • gay men and other men who have sex with men • transgender people […] Read more 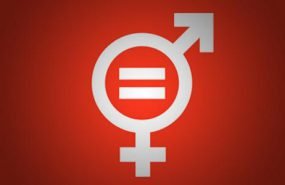 Years of experience and greater understanding of HIV prevention and treatment now enable the world to end the HIV epidemic as a public health problem. But the evidence shows that reaching this goal is possible only if there is much greater focus on addressing the vulnerabilities that lead to HIV infection, including targeting the populations […] Read more