UNAIDS applauds donors for pledging the largest amount ever to the Global Fund to Fight AIDS, Tuberculosis and Malaria

High-income countries, private sector partners and developing countries, many with high HIV burdens, have all stepped up to fund the Global Fund

NEW YORK/GENEVA, 21 September 2022—UNAIDS congratulates donors for increasing their contributions to the Global Fund to Fight AIDS, Tuberculosis and Malaria (Global Fund). Donors pledged US$ 14.25 billion to support efforts to end the three pandemics with more funding set to come. Donors made their pledges at the Global Fund’s Seventh Replenishment Conference hosted by the President of the United States Joe Biden.

“Leaders from around the world who have committed resources today are life savers. They have made an investment in the future of children, young people and those facing the disproportionate burden of global inequalities—especially young women and girls. They are helping to build resilient health systems and be better prepared to face emerging threats to global security,” said Winnie Byanyima, Executive Director of UNAIDS.

Countries rose to the challenge of increasing funding by 30%, demonstrating their confidence in the strong leadership of the Global Fund and its partners. The United States continued its position as a leader in global health by pledging US$ 6 billion, committing to invest US$1 billion for every US$ 2 billion pledged by the rest of the world. Canada, Germany, Ireland, Japan, Luxembourg, Portugal, Spain and South Africa all increased their funding by 30%. A notable contribution came from the Republic of Korea which increased its contribution by 300% to US$ 100 million.

Developing countries, many tackling large HIV epidemics also stepped up in support of the Global Fund. Burkina Faso increased its contribution by 100%, Uganda and Togo increased by 50%, Kenya by 40% and Cote d’Ivoire by more than 30%. The Central African Republic, Eswatini, Malawi, Nigeria, Tanzania, Rwanda and Zimbabwe all made contributions to the Global Fund despite facing huge fiscal challenges, exacerbated by current global crises.

“I am truly humbled to see so many developing countries, that are themselves facing multiple crises, and yet still made increased pledges to the Global Fund. I commend them,” said Ms Byanyima.

France, the European Commission and the Bill and Melinda Gates Foundation all made important contributions to the Global Fund while Canada made an additional pledge of CAD 100 million for pandemic preparedness and called for increased financial contributions to UNAIDS and other partners working to end AIDS, TB and malaria.

Two major donors are still to pledge, the UK and Italy, both of whom reiterated their support to the Global Fund and indicated they will be pledging in the coming weeks. UNAIDS urges them to match the 30% increase of their peers to get closer to the Global Fund US$ 18 billion target.

This replenishment has mobilized the biggest global commitment to the Global Fund to date, in a context where challenging currency fluctuations made significantly increased contributions from European donors less visible when counting pledges in US dollars.

The HIV pandemic remains a global crisis claiming a life every minute but ending AIDS by 2030 is possible if countries continue to be bold in their financial contributions and work together to tackle inequalities. The actions needed to end AIDS will help protect the health and rights of everyone, strengthen economic development, and leave the world better prepared for future pandemic risks.  UNAIDS will continue to work closely with the Global Fund in a joint effort to end AIDS. Since the creation of the Global Fund in 2002, UNAIDS has supported more than 100 countries in leveraging and implementing Global Fund resources—ensuring the funds are available and reach people most in need. 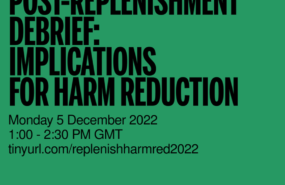 Post-replenishment debrief webinar on implications for harm reduction in NFM4 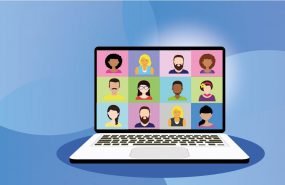 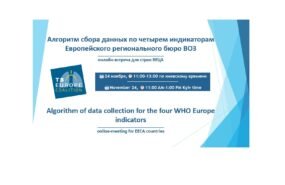