Information from the Global Fund on 2017-2019 allocations

The Global Fund has  $10.3 million available for country allocations for the next 2017-2019 funding cycle. On 15 December 2016 countries eligible for funding were informed by the GF Secretariat of their allocations.

The letters they received included the total allocation and an indicative program split for HIV, TB and malaria. The countries were also provided a form to use to confirm or propose a revised split. Modifications can be suggested by the countries agreed at a CCM meeting and presented for approval to the Global Fund.

Overall 15 Eastern Europe and Central Asia countries received the allocation letters and are eligible to apply for funding in the upcoming funding cycle. Previously we wrote about eligibility to apply for GF funding.

Below you can see the information on allocations for countries of EECA, which we extracted from a spreadsheet available on the Global Fund’s website. The Secretariat also encouraged countries to include in their funding requests for cross-cutting interventions to support resilient and sustainable systems for health (RSSH). Countries that want to invest in RSSH will have to find the money from within their allocation – carve it out of the amounts shown for HIV, TB and malaria. The letters stated that cross-cutting RSSH investments can be included in any funding request or submitted as a stand-alone funding request. The Fund said that a joint application including two or more disease components and RSSH investments “is strongly encouraged”.

Besides, the letters included “allocation utilization periods”, presumably the date by which the funding per each component should be spent. For some countries, the allocation letters also refer to the fact that the country may be eligible for some matching funding under one or more of the catalytic investments.

To access the funding from the allocations, countries are expected to go through a process which is very similar to the one used for the 2014-2016 allocations – i.e. organizing an inclusive country dialogue, recommending a program split, and submitting a funding request.

For the 2017-2019 allocations, three main types of funding requests may be submitted, named after the review process that will be used: program continuation, tailored review, and full review (see GFO article). For program continuation the application forms and guidelines were sent to the countries together with the letters, for other two methods – the templates are not yet finalised and will be provided by the fund portfolio managers. Though some of the resources are already available here.

A limited number of countries have actually been invited to submit a national strategy pilot funding request – i.e. a request that is tailored to their national strategic plan. And several countries have been required to submit a transition funding request for certain components for which 2017-2019 is the last period of eligibility for Global Fund support. In October, the Fund published a list of components that it expected would be transitioning by 2025 with 14 such components being for the period 2017-2019.

Some useful information on the application process can be found in Global Fund webinars materials.

The allocations letters state that if a country has funds remaining in existing grants at the start of the allocation utilization period, they cannot be added to the 2017-2019 allocation.

The implementation dates of the existing grants for the above-mentioned EECA countries are: 31 December 2017 for Kazakhstan, Kosovo (HIV), Kyrgyzstan, Moldova, Tajikistan (HIV) and Ukraine; March-December 2018 for Armenia, Azerbaijan, Belarus, Kosovo (TB), Romania, Tajikistan (TB) and Uzbekistan; and June 2019 for HIV and December 2019 for TB in Georgia.

More details on the country allocation letters can be found in the original Aidspan article  that we used to make this publication. 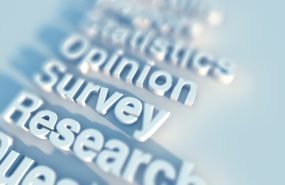 The purpose of this technical brief is: to assist Global Fund applicants to consider how to include programs to remove human rights and gender-related barriers to tuberculosis prevention, diagnosis and treatment services within funding requests, and to help all stakeholders ensure that TB programs promote and protect human rights and gender equality. Post Views: 28 Read more 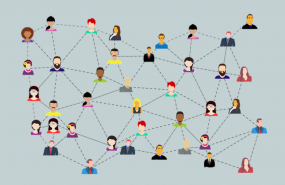