Let's take a closer look at the UNAIDS findings of the Moldovan approach to government funding community interventions.

As stated in the report, integrating community responses to HIV in national AIDS plans, including budget allocations, will be key to ending the AIDS epidemic by 2030. This will require transforming financing mechanisms and service delivery and linking community systems into resilient systems for health.

It describes  examples from 6 countries who have managed to arrange government funding for community services. Specifically the examples from Malawi and the Republic of Moldova demonstrate how Global Fund to Fight AIDS, Tuberculosis and Malaria (Global Fund) resources allocated to the government can be directed to civil society organizations. Moldova is recognized in the region as an example of good practices in the HIV response due to its successful implementation of harm reduction programmes in communities and prisons.

In 2014, 17 541 people were estimated to be living with HIV in the Republic of Moldova. The Republic of Moldova has a low-prevalence HIV epidemic concentrated among people who use drugs, with evidence of increasing incidence in the general population. In regional towns (eg. Balti and Tiraspol) the prevalence is significantly higher than in the capital, and even though prevention programming for people who use drugs is available there, there is less prevention programming for men who have sex with men and sex workers; stigma makes all these populations hard to reach.

Currently there are several national civil society organizations providing services to vulnerable and key populations and people living with HIV. Predominantly the funding of programs for KPs has been coming from the Global Fund and was administered by a non-governmental PR.

Moldovan health officials have demonstrated a commitment to support the community component of the HIV response. They have agreed to replace some of the funding provided by the Global Fund and other external funders through their own resources. Regulatory hurdles have turned out to be more time-consuming than was anticipated, which may delay the smooth transition to country-financed support for community responses.

In anticipation of the reduction of Global Fund funding, the Moldovan Government has indicated it will assume the cost of all antiretroviral therapy, including second- and third-line therapies, treatment monitoring and patient follow-up, through the Ministry of Health budget and the national health insurance programme. In 2014 the Ministry of Health also set aside money in its budget to support one prevention project focusing on people who use drugs, to be implemented by a national nongovernmental organization. The Ministry of Health plans to increase its commitment to fund two harm reduction projects per year starting in 2016. The national AIDS programme acknowledges that community organizations should implement these programmes, because they are better equipped and better trusted by key populations than state agencies.

Nongovernmental organizations from the Republic of Moldova and elsewhere in the region have argued it is crucial to monitor levels of funding available to support the community component of the response. If funding decreases and community services are discontinued, the gains achieved so far in addressing the epidemic could be in jeopardy.

Read the full section on Moldova on page 26 of the report. 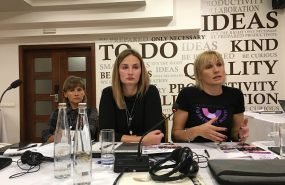 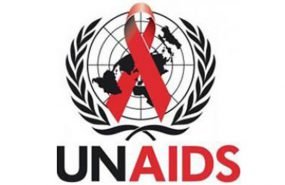