Letter on the need for translation of NFM4 docs into Russian

In advance to the upcoming 48th Global Fund’s Board meeting 10 organizations, including the international, regional and national ones from the EECA region, approached the Global Fund Secretariat, including the Access to Funding Team, to ensure the translation into Russian of the relevant NFM4 related Applicant Guidance Materials as well as Funding Request Forms and Materials, at least those of a major priority for the communities and civil society, and also to provide a translation into Russian for the Global Fund’s 2023-2025 Allocation Period Training Series (and provide translation of the slides from the webinars, including those already conducted).

Many people in countries in the east of the EECA region, such as Armenia, Belarus, Kazakhstan, Kyrgyzstan, Moldova, Tajikistan, Uzbekistan and others, still use the Russian language as an official language, language of education and / or communication, lingua franca. At the same time, majority of key populations and affected communities in those EECA countries do not know English well enough. As the Global Fund documents won’t be available in multiple national languages of the region, accessing them at least in Russian is still much more preferable for those people rather than in English only. Without access to the NFM4 related documents in a language they can understand (more) easily, representatives of affected communities in a significant number of EECA countries will not be able to meaningfully participate in the country dialogue processes and the development of the new funding requests.

Letter on the need or translation of NFM4 docs into RussianDownload
Post Views: 23 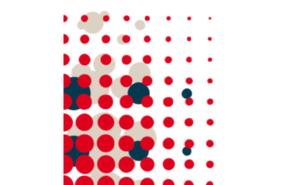 Strengthening the role of key and vulnerable populations in relation to HIV, tuberculosis and / or malaria to improve their health and well-being